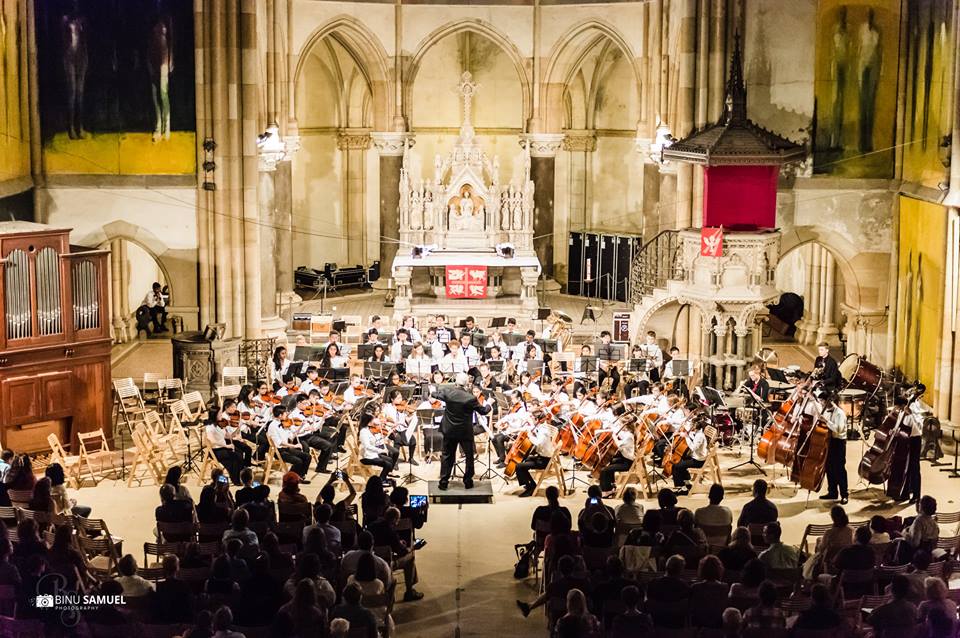 Youth Orchestra of Central Jersey Board of Trustees & Staff

Paul Robertson, President of the Youth Orchestra of Central Jersey, is a Senior Portfolio Manager at Bernstein Global Wealth Management where he is involved in both money management and providing financial advice to high net worth clients. He has degrees in Economics, Law and Business Administration, has worked as an management consultant for McKinsey & Co, and began his career as an economist for the Australian Government. Paul played the violin as a child, classical guitar as a college student, and now attempts to inspire his two sons to practice their instruments by taking piano lessons and practicing every night.
Dr. Trineice Robinson-Martin serves as part of the jazz faculty Princeton University; is the executive director of the African American Jazz Caucus, Inc. 501(c)3 Organization; is the Creative Arts Director at Turning Point United Methodist Church in Trenton, NJ, where she founded the Christian Education and Arts Division (CEAD);  serves on the national faculty of the Gospel Music Workshop of America, Inc.; is a founding and executive board member of the Donald Meade Legacy Jazz Griot Award; the founder of Soul Ingredients® Voice Studio; and is an active member of both the Jazz Education Network (JEN) and National Association of Teachers of Singing (NATS). Dr. Robinson-Martin is an internationally recognized voice pedagogue and scholar in the area of contemporary music and the creator of Soul Ingredients®: the methodology. For the Youth Orchestra of Central Jersey, she serves on the Publicity and Marketing Committee.
Dhanu Thejaswi has two children who have played string instruments in YOCJ for the past few years. She would be thrilled to live in a world consisting of mostly chocolates (dark) and books, reading on a comfortable sofa under the warm afternoon sun filtering gently into a sunroom through skylight windows. Seeing how this is a feasible reality only on rare occasions, she does other stuff like balancing being a busy mom and wife and extracting insights from financial data. She currently works at Bloomberg Global Data team where she supports the Bloomberg news and editorial team with content generation, data advocacy, working across industries and asset classes and creating automated content based financial news. She has several years of financial services industry experience having worked at Merrill Lynch and Lazard Freres, previously with experience working with Equity Trading Desk, Order and Execution management systems in the Advisory and Brokerage business. Apart from this, she has volunteered at a non-profit organization as a treasurer. Music, singing, travelling and hiking are some of her many hobbies.

Amy Woodward has a Masters Degree in Special Education, and is a Board Certified Behavior Analyst.  She has worked in the field of special education since 1995, and is currently a case manager and behavior analyst at a school for students with special needs.  She is participating on the Fundraising Committee for the Youth Orchestra of Central Jersey, and is looking forward to working with the Board to support this wonderful group of young musicians and talented conductors.